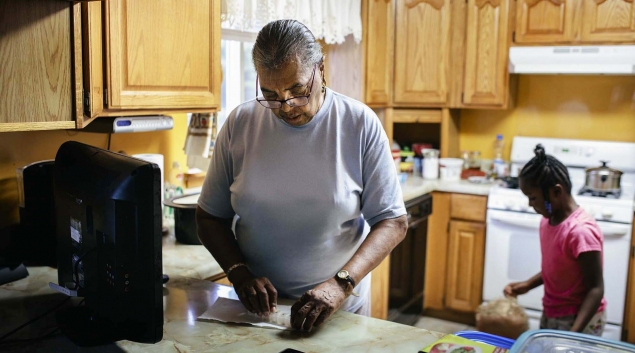 The financial burden for middle class families who don’t qualify for tax credits in Affordable Care Act coverage is rising fast, according to a study published in Health Affairs.

The report noted some families would again face substantial financial burdens after the temporary tax subsidies for the ACA expire.

The report revealed that in 2015, half of the middle class population with incomes above four times the federal poverty level would have had to dedicate at least 7.7% of their household income for the ACA’s lowest-cost bronze plan. In 2019, that percentage of expenditure would have risen to least 11.3% of their income.

This growing unaffordability issue is also impacting the age group known as near-elderly (ages 55–64). According to the study, by 2019 half of the near-elderly would have paid at least 18.9% of their income for the lowest-cost bronze plan in their area

The survey results were based on data from the Centers for Medicare and Medicaid Services and the American Community Survey from the U.S. Census Bureau. The study warned that without the expanded tax credits these middle class families could “face the entire cost of premiums and less affordable coverage.”

Most consumers getting health coverage through the Affordable Care Act get financial subsidies to pay for it through tax credits. With more Americans receiving health coverage, this translates into less uncompensated care for hospitals.

On March 11, President Biden signed the American Rescue Plan Act of 2021 into law. The $1.9 trillion package represented the third round of economic impact payments approved by Congress to help ease the economic effects of the COVID-19 pandemic, and expanded ACA coverage tax credits for this year and next year to reduce premiums.

The proposed framework for the White House’s $1.75 trillion spending bill, which Democratic lawmakers have been struggling to pass, would expand those tax credits.

“Our estimates of the median potential financial burden of bronze plans for 2019 suggest that families could expect to pay more for their marketplace coverage than for each category of household spending except housing and transportation, and an amount roughly comparable to the average percentage spent on food,” the study noted.