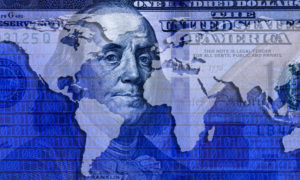 A global minimum tax looks to be upon us. In a landmark announcement earlier this month, the Organization for Economic Co-operation and Development (OECD) said 130 countries had struck an agreement for a 15% global minimum tax.

Specifically built to eliminate corporate tax inversions — that is, corporations moving their headquarters to a country with a lower corporate tax rate — the G-7 and the OECD have both aggressively pursued this accord for years.

Some not-so-insignificant hurdles have been cleared in the process. For example, notable holdouts that already boasted low corporate rates, such as Ireland, were initially reluctant to sign on but ultimately agreed to a minimum rate. And with the Biden administration’s renewed push, the deal was finally able to cross the finish line, leading many to take a victory lap.

“[This] agreement will make our international tax arrangements fairer and work better,” said Mathias Cormann, the OECD’s general secretary. “We must now work swiftly and diligently to ensure the effective implementation of this major reform.”

But as the organization celebrates a major milestone, the wheels may be already in motion stateside that will undermine the primary goal of this pact.

As [the OECD] celebrates a major milestone, the wheels may be already in motion stateside that will undermine the primary goal of this pact.

As it stands, the Biden administration’s tax proposal is fluid. While the President campaigned on increasing the corporate tax rate to 28%, he’s recently lamented that he doesn’t have the support — even within his party — to do so. In September, Democrats began to coalesce behind a 26.5% rate instead, a move that would have partially undone the tax cuts by President Donald Trump, who lowered the rate to a flat 21% tax from 35%. But in late October, the White House conceded that a corporate tax hike is unlikely to make it its signature social spending bill.

The issue is on the backburner for now, but it’s one the President feels passionately about, making it likely to get revisited. But could it stick? Could any upward move by the United States on corporate tax undo the progress made at the global level and lead corporate finance departments once again in search of tax loopholes?

It’s a distinct possibility. The idea behind President Trump’s flat 21% tax was to come far closer to the rates in lower-taxed jurisdictions. While it wasn’t quite as low as, for example, Ireland’s 12% rate for firms with turnover below $636 million, it was closer to the ballpark. As a result, it shifted the onus to American businesses to bring valuable revenue back to domestic shores.

But even a compromised rate of around 26.5% may be a gap too far to bridge, especially compared with the new 15% most nations like Ireland (which, as it is before any change in regulation, charges 15% for firms making over $636 million) will levy. That 6% chasm could arguably be written off to the positive public relations a multinational would garner by headquartering in the United States. An 11.5% gap? That may not be as easy to overlook.

And if that’s the case, what hope does the United States have in preventing profits from being shifted to a jurisdiction with the 15% minimum rate?

It’s worth noting that curbing tax inversions isn’t the only problem the global minimum tax agreement seeks to solve. The rules for digital taxation of intangible assets will be set. Technology giants like Amazon, Facebook, and Apple will be required to pay taxes in countries where they sell their goods or services, even if they have no physical presence there. That in and of itself will be a windfall for most country’s tax coffers. But for countries with higher corporate tax rates, the central goal of the agreement is on shaky ground.

A global minimum tax will undoubtedly do away with the rate-lowering game we have seen until this point, and to that extent, it’s a win. But a skeptic could note that some countries would not have agreed to bring their rate up to 15% unless they thought they could still offer an attractive package to large multinationals.

If the Biden administration considers doubling back to this issue, it has to balance the risks with the potential reward. Will a higher corporate rate really net more tax revenue? Or will it simply drive corporations into the waiting arms of countries that set their rate at 15% and not a penny more? Time will ultimately tell.